When we last looked at the different growing techniques, there was not a big difference between between the Growboxes and the Squarefoot gardening methods.

As of this weekend, there is also not a huge difference in production, but there is a surprise.

The Growboxes are still lush but the cucumbers seem to be slowing down and yellowing. 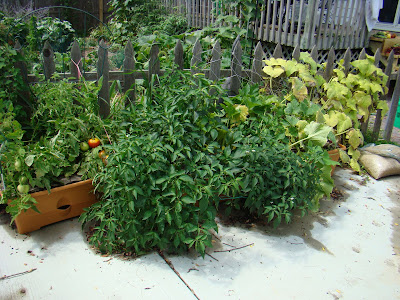 Growboxes do require daily filling of the water reservoir in hot weather. The tomatoes are doing pretty well but I'm finding there is some BER which is a little surprising considering there are nutrients in the covers.  One thing I have learned is next year I will have to stake them up. The jalapenos are loaded and flopping over as well. 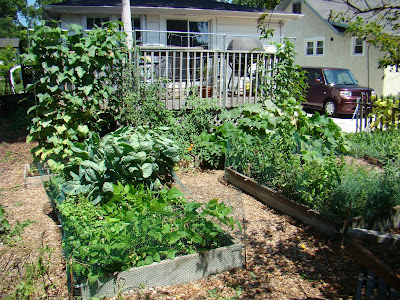 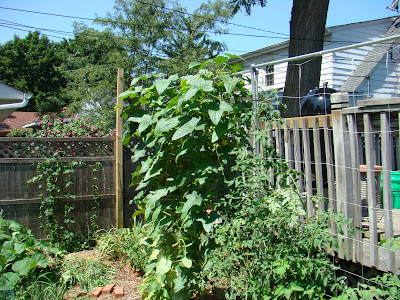 I have no pictures of the veggie plot but it is a neglected mess. But it's not all about looks. It's about production.

So far to compare the tomato production:

Grow box could catch up with two tomatoes, they are big. The veggie plot, I'm harvesting them green as any that start to ripen rot, or are pillaged by some critters.

So the verdict is still out.

In other news, the Brussels sprouts are sprouting. 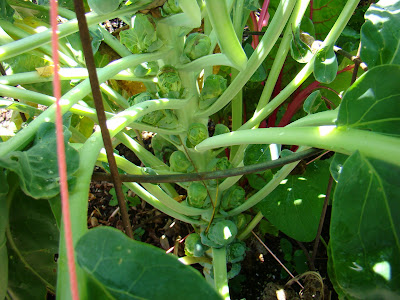 I removed the last of the carrots, radishes, and beets. I'll be putting in some fall crops this weekend.

How does your garden grow?

Posted by David P. Offutt - The Gastronomic Gardener at 4:39 AM 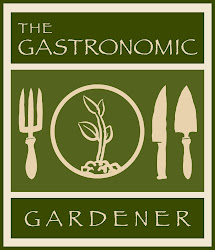